Fresh, Nutritious Food For Your Little One At Our Daycare 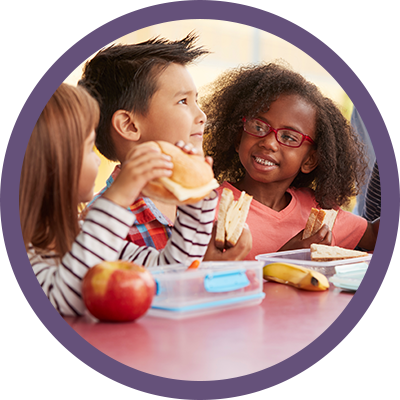 Your worries about what your kids are being fed in daycare are over. When you enroll your child at APlus Early Learning Academy, they’ll have their own personal chef on hand to provide them fresh, tasty, nutritious meals every day! We’ve ditched boxed lunches in favor of fresh food and nutrition education to help your child develop the healthy habits they’ll need to enjoy a happy, healthy childhood full of growth. Enroll your child at APlus today to ensure their access to top-notch nutrition!

We Strive to Create a Healthy Environment at APlus Learning Academy:

A Healthy Start To A Healthy Life

When you enroll your child at APlus Early Learning Academy in Marietta, you can rest assured they’re being fed tasty, nutritious food. At APlus, your child will have their own personal chef! We are committed to providing healthy meals full of awesome taste and great nutritional content, and having a personal chef on staff allows us to provide fresh, healthy meals every day to support your child’s growth.

We couple this commitment to fresh food with nutrition education — our teachers take the time to educate our students on what foods are healthiest to eat and why, imparting the importance of a balanced diet full of fresh fruits and vegetables. We know that what we put in our bodies ultimately determines what we get out of them, and we teach our students to put that thought into the things they eat. When you enroll your child at APlus Early Learning Academy in Marietta, you can rest assured they’re receiving fresh meals and building the habits for a healthy lifestyle every day. 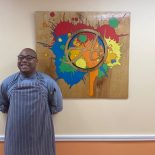 “Eating is a necessity, but cooking is an art.”
Josh Kilgore

Chef Josh Kilgore was born and raised in Detroit, Michigan. As a young man, Chef Kilgore was involved in sports, mainly football. He was a varsity athlete in high school and won multiple state championships in both school and community football leagues. Shortly after graduating high school, Chef Kilgore sought out change and moved out west to Scottsdale, Arizona. Chef Kilgore attended and graduated from Le Cordon Bleu Scottsdale, a culinary school, and earned the honor of being the commencement speaker for his class. Following graduation, Kilgore became Lead Chef for the San Francisco Giants and also worked closely with some of the industry’s top chefs at restaurants such as Olive & Ivy and The Phoenician.

Recently, Chef Kilgore relocated to Atlanta and has truly expanded his skills as well as his brand, Caviar Taste. From his experience in top-notch, suburban restaurants to personal catering for some of Atlanta’s finest, nothing is as special to him as his latest venture, fatherhood. Chef Kilgore’s two-year-old son Heyden attends APlus Early Learning Academy.

At APlus, Chef Kilgore is not only our Head Chef. He also teaches the students how to cook with his “Kids Kulinary Kitchen” program. The class has been so popular and well-received that Chef Kilgore recently became a partner with Children’s Hospital of Atlanta-Egleston, in addition to his duties at APlus.

Chef Kilgore believes in the maxim, “Eating is a necessity, but cooking is an art,” and he has successfully integrated it into each step of his culinary journey. Chef Kilgore loves to cook, and it truly shows because for him, cooking isn’t just preparing food, it’s a lifestyle.